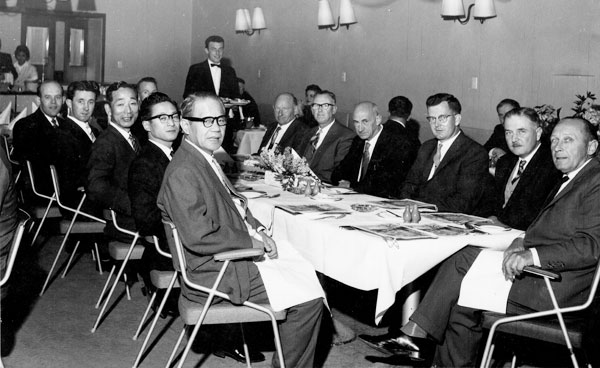 I think that Mr. Yau in your photo is family of founder.
Best Regards,
T. Okabe - Japan Radio Museum

If you have any photos, printed materials, and other information to add to the history of the Bell Radio-Television Corp. story please help me to expand the content on this website. I have used some photos from other websites in order to make a more complete record.  If I have used any of your copyrighted photos or other material please let me know so I can get clearance and/or include your name..